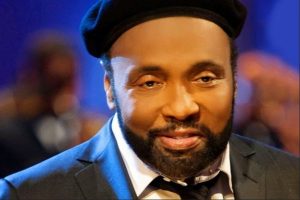 Gospel Music is a soulful religious music centered around Christianity. Gospel Music has taken a huge uprising with the wave of new artist coming out as well as the older legends still holding it down. So with out further ado let’s talk about some of the most popular Gospel Artists around today.

We had to start this off with Kirk Franklin of course. Anyone who has ever heard Gospel Music before has heard of the name Kirk Franklin. Being in the music industry for more than 20 years, he has multiple awards including the Grammy’s, as well as millions of records sold.

Mary Mary are a contemporary gospel duo. The duo consist of two sisters Erica Atkins-Campbell and Trecina Atkins-Campbell. Mary Mary named their group after the famous Mary’s of the bible. They debuted their first album in the early 2000’s and have been hits ever since.

Donnie McClurkin is a very successful gospel artist who has sold more than 10 million albums worldwide. He has won many awards including three Grammy awards, 10 stellar awards, two BET awards and many more. Yolanda Adams Yolanda Adams is one of the most popular gospel artists known today. Not only is yolanda committed to her music but she is also a producer, actress, and former radio host. In 2009 Billboard Magazine named Yolanda the number 1 Gospel artist of the last decade.

Not Only is Marvin Sapp a well recognized gospel artist, but he is also the founder of Lighthouse Full Life Center Church in Michigan. Sapp has had many appearances on the Billboards top 100’s and has landed the number one spot on Billboards Hot Gospel Charts.

Tasha Cobbs started her solo career in 2010, with the release of her album “Smile”. Since then she has made multiple appearances on the Billboards and has won multiple Grammy’s. Gospel Music has been around for decades and the people mentioned above have truly left their mark on the industry. These are some of the most popular gospel Artists around today.